Even in the midst of the COVID pandemic Change the World made a difference in 2020. 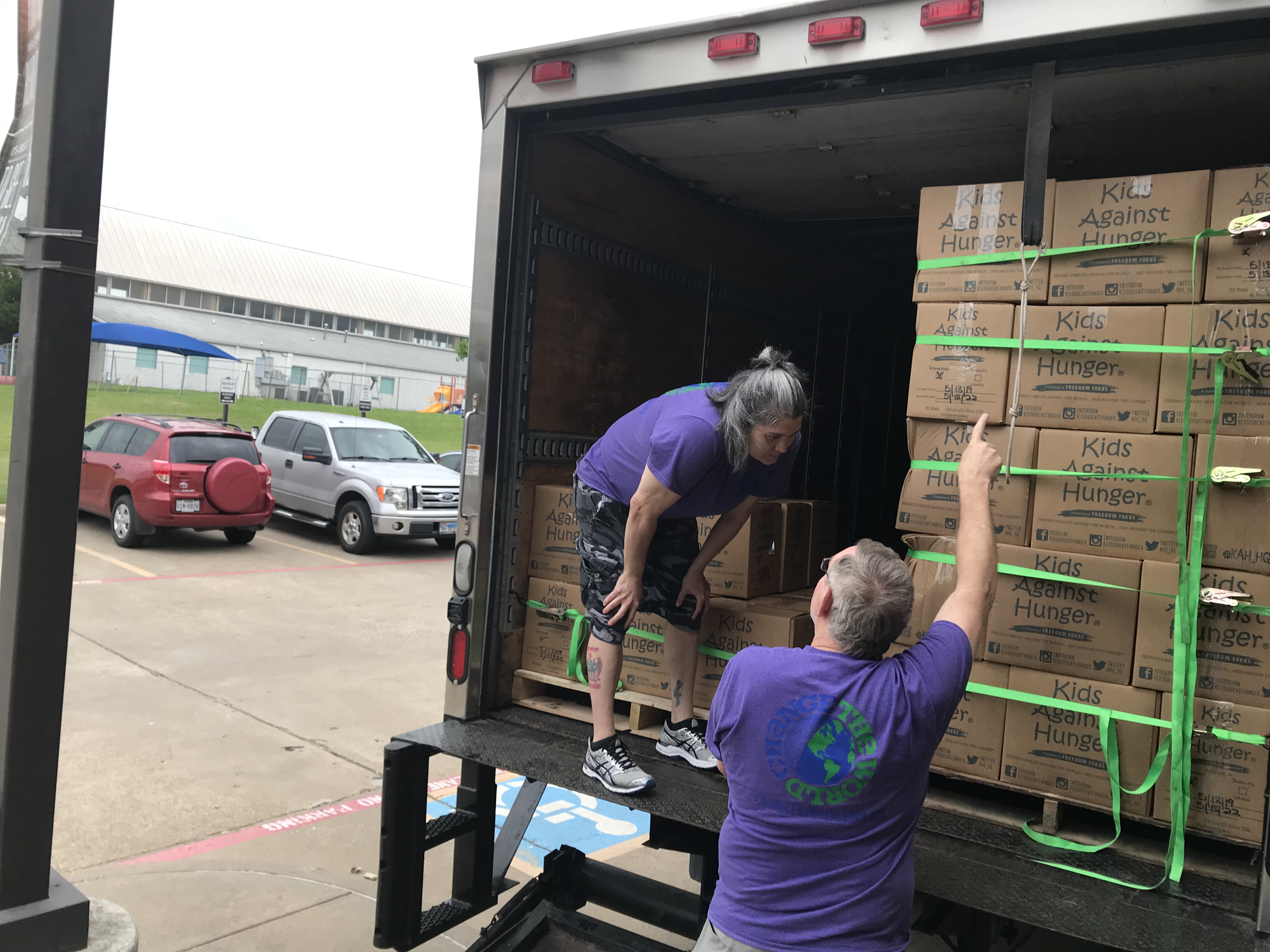 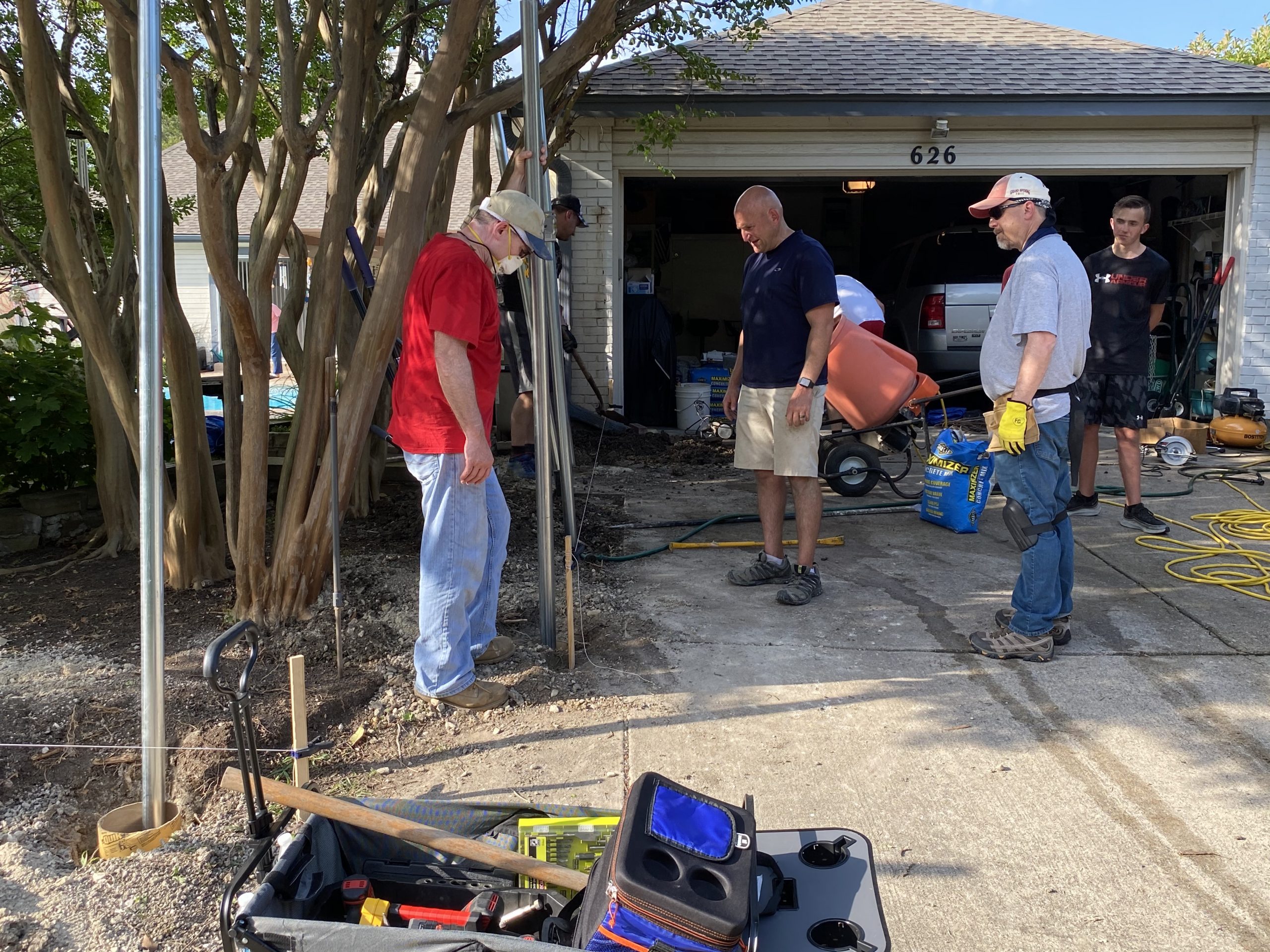 In January, we accepted a project from Live.Love.Allen for 731 Pulitzer. The homeowner received a code violation regarding her fence shortly following the death of her husband. They were retired and lived on a fixed income (dual social security checks). The request specified the following work:

We trimmed the trees, removed debris, and braced/repaired the fence. In August, we hired Ace Fence, one of our longtime partners who has often donated fencing, to replace the fence. The City of Allen graciously waived the permit fee and we were able to complete this project.

In March, we accepted a project from Live.Love.Allen at 626 East Ridge. The homeowner received a code violation regarding her fence. Her fence is old and is no longer able to stand on its own. The homeowner installed some external bracing in areas and is holding other areas together via rope and clamps, which are against code. She has an in ground swimming pool in her backyard which makes the situation worse. The request specified the following work:

We removed old sections of the fence, braced remaining fence, cut down one small tree and trimmed others. In May, we returned to this property to complete the project. We removed a tree stump by the alley, replaced the existing fence with 6’ high board-on-bard with 1×4 trim board on top, built and installed a gate where existing gate had been, replaced rotten bottom board facing the fence, replaced siding and lower window trim along the side of the house, caulked and painted the back of the house, removed a fountain that had been against the house and pump fence, and replaced rusted bolt on swing.

Later in March, we tackled one of the projects that came through our application process at 1819 Lake Tawakoni. The homeowners have a water leak in the front of the house which was causing very high water bills as well as threatening the foundation of the house. The homeowner’s husband and father died soon after the house was purchased in 2001. The homeowner’s three sisters, two brothers (who are both handicapped), and elderly mother live in the home. While our volunteers dug an access hole, we hired a plumber to do the repairs. Our volunteers then filled in the hole. We also cut down two dead trees and hauled away debris.

In the third quarter (April-June), we ground two tree stumps as well as replaced 115’ of fencing with gate. The existing fence was 20 years old. In September, we hired Jaric AC & Heating to clear the air conditioning drain plumbing as this home continues to have issues with water and drainage. The home also needs painting, water heater replacement, bathroom repairs, and many other projects that will continue to be evaluated and completed as circumstances allow.

We were able to address a project at 1530 Gardenia Drive that came through our application process. Volunteers replaced a double mailbox post, trimmed trees and bushes, removed undesired plants, mowed and edged the yard, weeded flower beds, and removed grass in center of driveway.

In July, we pressure-washed and stained the fence, saving on cost as the homeowner had some stain available to use. The house also needs replacement of siding, soffit, facial boards and the house needs to be repainted. Pests are able to get into attic. Various patching has been done, but are becoming ineffective.

At 144 West Way Drive, a pair of our volunteers trimmed tree branches and hauled away debris. This was in an extremely difficult spot due to power line and the location of the trees right by the fence.

At 407 Tenbury Court the fence gate had fallen recently due to a storm with high winds. Our volunteers were able to reposition and reinstall the fence latch and gate. In September, our volunteers returned to replace insulation, siding, fascia, soffits, and trim in several areas, which will prevent further animal infestation and damage to the home. This home needs additional work as the fence gate needs a working latch and the backyard could use some trash cleanup if the owner would allow. These will continue to be evaluated and completed as circumstances allow.

At 731 Meadow Mead, our volunteers helped a mother who has struggled since her son’s death a few years ago. Her husband is a long-distance trucker, which means he is seldom home to help with routine maintenance. At this home, we were able to clear out the garage, remove two fence pickets, and remove an 18’x12’ deck that was in disrepair. We are planning to stain the fence and replace the deck with a concrete patio or simply level the yard. In the fourth quarter, we contracted an exterminator to tackle the significant rodent problem this family was enduring. We also rented a tiller and delivered 4.5 yards of dirt to level the backyard and front flower beds.

In August, we took on a project at 509 Hanover for an elderly homeowner with many health issues. He has experienced multiple heart attacks and has been sick and unable to do for himself for the last year. He and his wife are raising a two year old grandson. Our volunteers repaired his gate and replaced fence caps that were missing to prevent metal poles from collecting rain and potentially rusting. We also trimmed some trees off the fence.

In September we completed a yard work project at 609 Ashby Ct that came in through our application process. Volunteers installed a light for the front porch and a floodlight for the back porch and over the garage. Volunteers also replaced the seal on the garage door and serviced the sprinkler system that was not working over one quadrant of the yard. The homeowner supplied the fixtures and lights for these parts of the project. Volunteers also spread 65 cubic feet of Texas native black mulch to improve the appearance of the home.

In September, we replaced the fence at 755 Leading Lane Circle. The homeowner is an elderly married Hispanic woman whose husband resides separately in Mexico. He installed the fence over 20 years ago, but, for a variety of complex reasons, he has been unable to return to the home to help maintain the property. The homeowner works full-time, but is physically and financially unable to tackle such a project. Our volunteers discovered that her husband had built the fence well, with metal posts securely anchored, so we were able to simply replace the wooden components.

Also in September, we contacted Ace Fence to replace the fence at 124 West Way. Our volunteers had replaced her fence in 2013, but since that time it had started to rot and needed to be replaced. This short lifespan of unstained wood has led our leadership team to reconsider our fencing projects, prioritizing stain or other sealants such that our investment can last longer than seven years. In this quarter, our volunteers also trimmed bushes and removed two trees around the home.

In September, we accepted a project at 406 Daisy that came through our application process. Being able-bodied and willing, the homeowner worked diligently alongside our volunteers as we repaired and replaced siding, fascia, and soffits around the home. We also cleaned up five large loads of tree debris from storm damage, removed four trees, and ground three stumps. In gratitude for the help with his own home, the homeowner has assisted with numerous other projects this quarter by painting, caulking, hauling tree debris, and delivering tools. It is a joy to see the full circle of receiving and giving through this project. 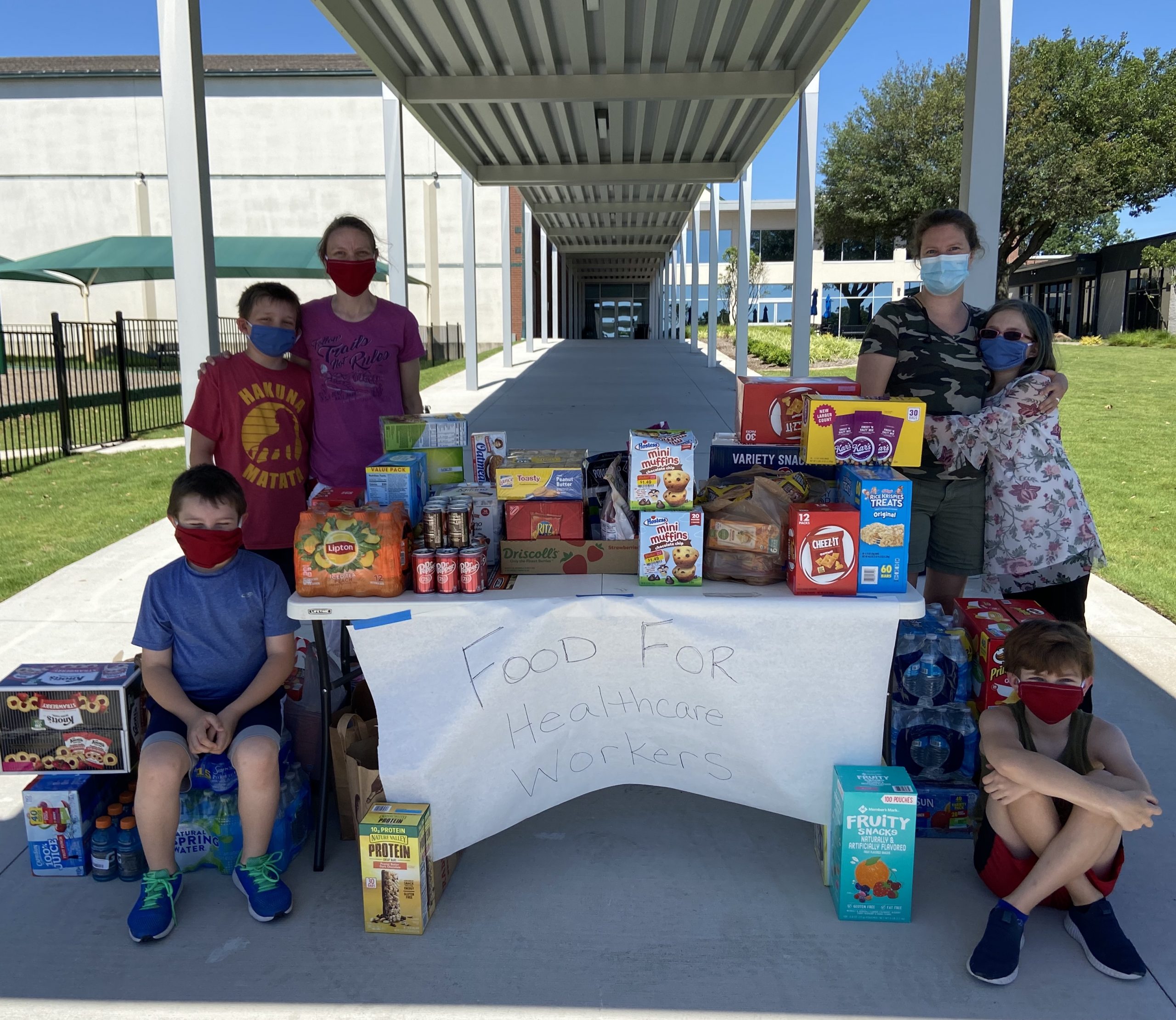 We connect volunteers with area agencies could use a helping hand or organize projects that directly benefit one of our partners. We seek to create opportunities for all ages and skill levels to serve in meaningful ways.